Back when I was a sociology student at Kyiv-Mohyla, I was stupidly, shamelessly enamoured with the collective western Left. I dreamed of a day when Ukrainian academia would have widespread and popular discussions about colonialism, privilege, and all of the -isms.

I read essays by prominent English-speaking activists and thought “oh, if only these brilliant people were to learn about Ukraine and its complicated past, about the discrimination we have faced throughout the centuries, about the genocides and revolutions. They would understand us. They would
probably share valuable experience or help us somehow lay down the theoretical groundwork that would explain all of the traumatic events we’ve witnessed and lived through.” I was… dazzlingly naive.

And now, when my country is under attack from a literal kleptofascist empire that openly declares it’s going to commit ethnic cleansing, when our children and women die in agony, and when our academics and queer activists, nihilists and journalists, writers and liberals, doctors, teachers, feminists and conservatives, Muslims and Jews, atheists and clergymen are desperately fighting against a better-armed, bloodthirsty enemy intent on levelling our cities with the ground, burning our fields, raping us, killing us, blowing up our hospitals and destroying our monuments, I look at the abstract western Left (or, at least, its most vocal part) and I see nothing but scorn in their eyes. Scorn, condescending, privileged carelessness. They preach equality and resistance to oppression and yet accuse people like myself (feminist queer women who’ve spent their lives striving for equal rights) of being Nazis because we don’t want to kneel over and die in silence.

They talk about the importance of representation and yet shut us up whenever we try and tell them about our experiences. They write books about us without turning to a single Ukrainian expert for guidance or information. They accuse others of being privileged and lacking empathy, and yet can’t seem to grasp the concept that not being in an active war zone and not worrying about your loved ones dying at any given moment is, in fact, privilege. They claim that we do not deserve sympathy because we aren’t doing enough for LGBTQ rights in this country — and then proceed to ignore the LGBTQ soldiers risking their lives on the frontlines. They spout careless, hurtful bullshit, quoting their out-of-touch idols who preach absolute pacifism only because it’s not their lives at stake.

I know not all western leftists are like this. Obviously not. I know many of them do sympathise with our plight, and I’m thankful for their support. But the ones who treat this invasion as an excuse to build long-winded theories about how NATO is some ever present universal evil, or treat all of this as some sort of twisted ethics exercise, a trolly problem in which Ukrainians are the sacrificial savages who need to die quietly before real people start suffering from high gas prices or nuclear war… I’ll never forget those. 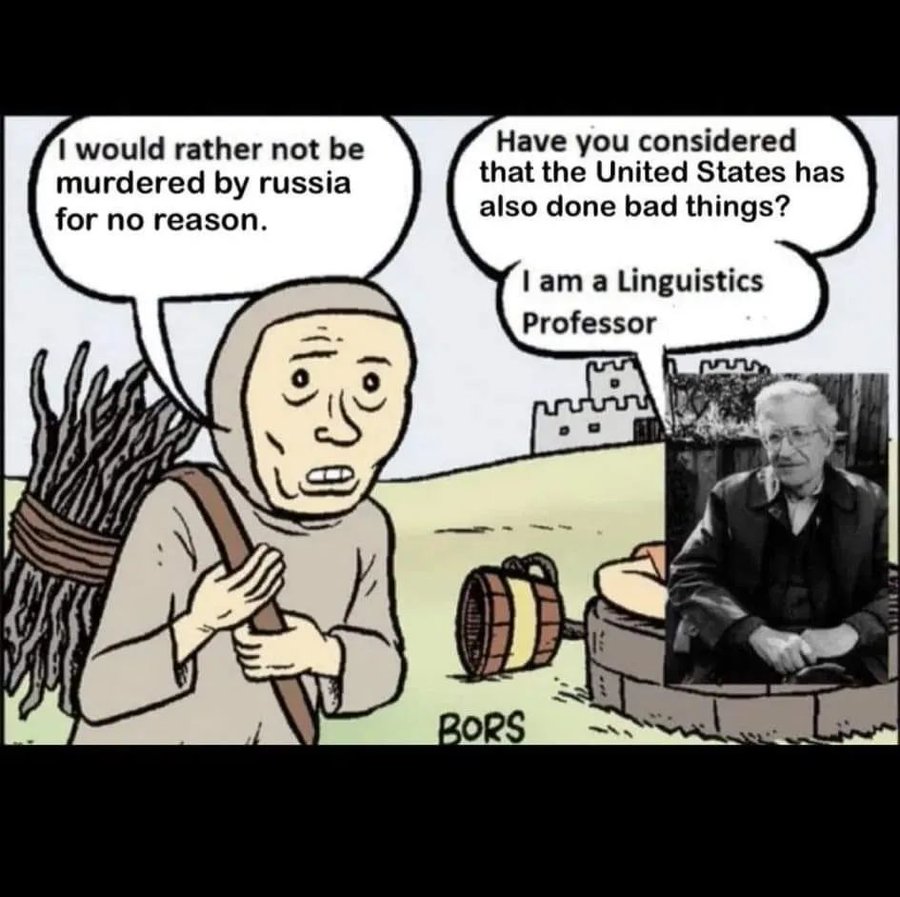